Ripplezoo’s second trip to Cameroon in 2019 resulted in the renovation of a further three classrooms at Ecole St Andre de Batoufam and an upgrade to the well and water pump at Centre de Santé Integre, Batoufam. €500,000 of medical equipment was distributed among local hospitals, orphanages and indeed to many homes. One disabled teenage boy was wheeled out of his house for the first time in years. Prior to this he could only crawl in the dirt. So many wheelchairs, crutches, walking sticks, Zimmer frames gave independence and life to so many. So, thanks to our Irish supporters and hospitals for your generous donations. We can never say it often enough!

While we achieved so much in a week, there was still some work to be completed at the school and hospital after our departure. While in Cameroon in November, we teamed up with representatives of “Water for Cameroon”. I had accidentally come across the organisation in Dublin prior to our trip and knew that we would both be in Cameroon at the same time.

The “Water for Cameroon” (WFC) story began 13 years ago when Mick Toolan visited some friends in Cameroon and was struck by the spectacle of local people drinking unclean water resulting in illness and death. WFC partners with local communities to build wells in addition to raising awareness of the importance of clean drinking water. Mick is based in Ireland but travels to Cameroon several times a year and he works with Sero, a dedicated health professional and Ambe, who is responsible for constructing the wells. It was agreed that Ripplezoo would fund the completion of projects to be supervised by Sero and Ambe. It is great to have them on the ground and we intend to continue to work with them and WFC in the future.

Then came Covid 19 so there were considerable delays due to travel restrictions, but I am delighted to report the work is complete, the well for some months and more recently the trench and latrines at the school.

The upgraded Well now holds about 4,000 litres of water and the pump distributes it to the hospital. The reason the Well needed an upgrade was that not only does it serve the hospital, but the entire community of Batoufam. People come for miles to fill water containers from the outside taps in the hospital courtyard.

At the school the trench is complete and covered. This trench will divert flood water away from the school and will allow the children to continue to attend school during the rainy season when the classrooms previously flooded. There is now a two-cubicle latrine at the school which the locals are currently completing.

Ripplezoo intend to continue our work in Cameroon. For 2020 we will focus on Health and Education. A volunteer trip will not be possible this year, but we do hope to send a container of medical supplies and computers later this year. We have recently received so many calls of gratitude from medical staff in Cameroon thanking us for the medical supplies we brought in November, especially masks, gowns and gloves which were invaluable during this current crisis. 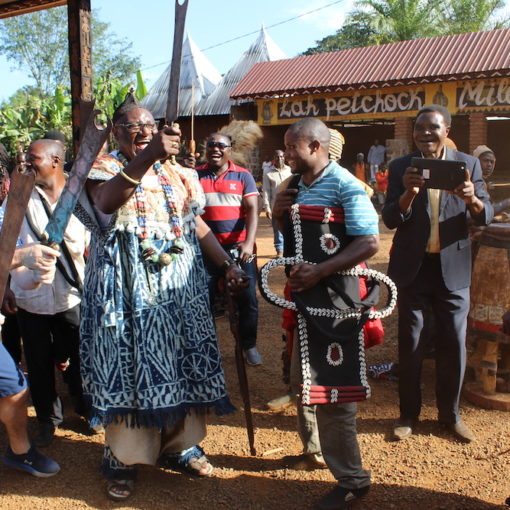 With the important cricket bat and rugby balls and pump packed, I was looking forward to teaching the local Cameroon lads (as […]

Report on Ripplezoo walk from Arklow to Greystones on Saturday September 12th 2020 Itinerary 8am Meet up in Arklow Bay Hotel carpark. […] 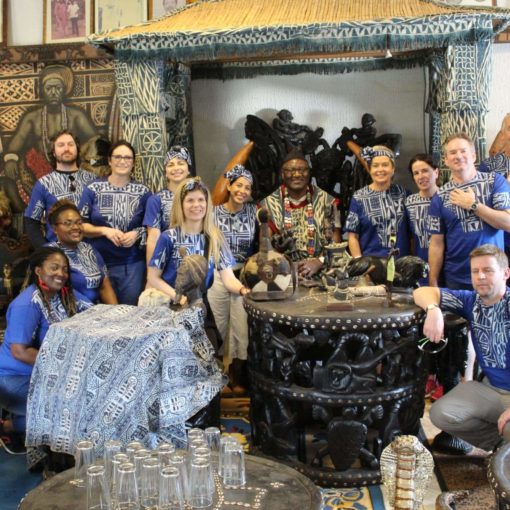 After 4 hours sleep on our first night we awake to a call to prayers from the local mosque. The calling works […]