What About Us is a live stage musical currently being developed by international musicians from countries who may have been affected by war and terror such as Israel, Palestine and Ireland.  The Musical which will launch in 2022 addresses many of this generation’s societal issues such as war, climate change and refugee migration.

This week was not a good one for our world. For sure, a summary of the headlines must be a wake-up call to all of us. Planet Earth, our environment and our safety are facing increasingly dangerous challenges and unless there are some dramatic shifts in how we protect the planet and the people living on it, our future and especially the future of our kids and grandchildren looks grim.

Climate change; havoc, misery, destruction, and death. The wildfires currently destroying the west coast of the US, especially California and Oregon, are already the worst in history and are linked to rising temperature and climate change.

“Residents on the west coast of the United States have said the fires that are raging are like the apocalypse. Two million acres of land have been burnt through with the blaze destroying homes, businesses and lives in in the process”.  The BBC.

Animal Extinction on the increase. A new documentary “Extinction: The Facts” has been released by David Attenborough, one of the worlds most respected environmentalists. Over 1,000,000 animal species are threatened with extinction. Watch this film and weep.

“Over the course of my life I’ve encountered some of the world’s most remarkable species of animals. Only now do I realise just how lucky I’ve been – many of these wonders seem set to disappear forever.” Sir David Attenborough

Peace in Northern Ireland under threat. The decision his week of British Prime Minister Boris Johnston to deliberately break an International Treaty with the EU, that protects the peace process in Northern Ireland, has the potential to return the country to the bleakness of conflict. The underlying reason is almost certainly economic, though is cynically disguised as trying to protect the people of Northern Ireland.

“Prime minister Boris Johnson repeatedly said there would be no Irish border checks despite signing up to them in the Withdrawal Agreement, as did his cabinet minister Michael Gove. It was left opaque as to whether they were uninformed or dishonest, but observers in Brussels were concerned.” The Irish Times

Attempted murder of a political opponent. Here we go again. Putin is using fear, suppression of human rights and murder to stifle any opposition to his dictatorship. The latest victim is Alexei Navalny, an outspoken critic of the Russian autocrat and the billions he has stolen from his own people, all for his personal benefit.

Angela Merkel said there was “shocking information” that showed “beyond a doubt” that the poisoning of Alexei Navalny was “an attempted murder with nerve agent” after a toxicology test in Germany showed that the opposition leader had been targeted with Novichok. Merkel said Navalny was “the victim of a crime intended to silence him” DW.com

Dictator clinging onto power, no regard for democracy. An incredible sense of entitlement from the leader of Belarus. The peaceful protestors are being beaten up, arrested, tortured and sent into exile.

“Thousands of Belarusians have defied beatings and arrests to demand the resignation of Alexander Lukashenko, after he claimed victory in an election they say was rigged.” The Guardian

Refugee camp destroyed by fire. Its sad but true that there are few countries willing to welcome refugees, who are usually not economic migrants, rather people forced to leave their homes because of war and terror.

“The rumours circulating about who started the fires are illustrative of larger tensions on the island whereby migrants are fed up of their poor living circumstances and local residents are increasingly resentful of the lack of national, regional and international support for managing the influx of migrants and refugees on the island” Time.

US people lied to about the coronavirus. Incredibly, Donald Trump the US President deliberately mislead US people about the seriousness of the Covid 19. People died because the leadership put economics and stock markets ahead of the health and lives of over 300 million Americans.

President Donald Trump admitted he knew weeks before the first confirmed US coronavirus death that the virus was dangerous, airborne, highly contagious and “more deadly than even your strenuous flus,” CNN

This was not a good week for our beautiful world. All the challenges and dangers we face today are man-made. We know this. We talk to each other all the time about the mayhem, the madness of it all. Universally we all agree that we need change.

Billions of us think the same way. And there are literally millions of great people and organizations who have dedicated their lives and their resources to promoting the truth based on  scientific research, seeking peace solutions for people in conflict, protecting the weak & infirm, working hard to save the environment and promoting causes that support positivity and goodness. Our champions include academics, scientists. charities, trusts, human rights organizations, faith leaders, home carers, cultural organizations, the arts, medics, philanthropists, aid volunteers, churches, sporting organizations, literally millions of people working hard for the benefit of us all and our communities.

And yet the voice of the many is being drowned out by a relatively small, yet very powerful political and business “entitlement class”, whose self-interest and economic agendas are first and foremost to them, even when it comes to national and International issues that impact the billions of us.

The gulf between the wealthy and the disadvantaged is getting bigger and needs addressing. Too many paid lobbyists are pushing projects and agendas that no longer make any sense, only to a few, to the detriment of most of us. We all need to speak up, not to be silent, to have our voice heard.

The What About Us team is one of “the many” who believe global change is needed and are determined to produce a musical that challenges the status quo, raises important societal issues and have our voice heard on the international stage. And our double challenge is ensuring that the musical is also a wonderful piece of entertainment.

Des Cullen the What About Us Music Director, explained our commitment, why were doing what we do.

In this book the highest level of being is when we are working to help others, for the better of our community and the larger world.

This is why I am doing this project, this is why I am putting in these hours. It feels right, it feels good, magic does happen. I have met amazing people already and we are writing some beautiful collaborative music. We have already helped others through our fundraising concert. We are trying to do good. We are bringing people together, addressing some of the wrongs in the world and doing this for the right reasons and from a place of love and connectedness. I want our music to be written from this place. I want us to channel our talents to this end and create something wonderful. I hope the amazing artists from all around the world who get involved in this project feel the same.

What about Us is about you, the individual, letting your talents be heard and used for good. It is also about the oppressed, the unheard, it is about the next generation, it is about trying to make this world and our future world a better place.

If we come to it with that intent then I feel we will all get out of it far, far more than personal commercial benefits”

Good man Des. Great words, very inspiring, very much needed, what with the week that was.

The fundraising concert will be recorded by the musicians and then broadcast as a live concert on Facebook and other social media channels on Saturday 15th August at 20.00 UK/Ireland, 21.00 Spain, 22.00 Israel and Palestine. 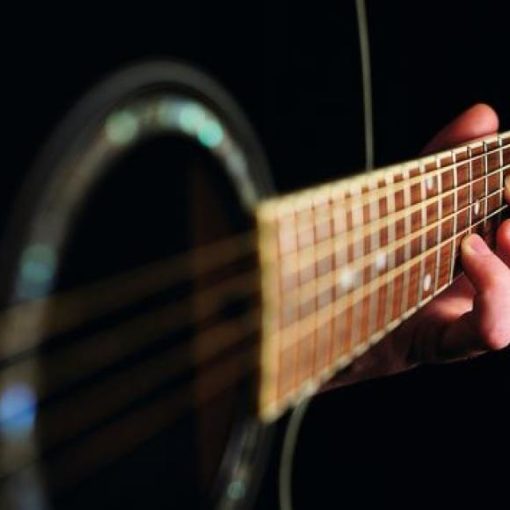 This was our second trip to Jerusalem, our first was a holiday 2 years back.  This time we were on a fact-finding […]

Despite the corona crisis the Israeli, Palestinian and Irish singers are now working together online in the creation of the What About Us musical, and all displaying amazing talent.