Aside from a few inevitable exceptions in countries such as the United States and Brazil, governments across the world have been emphasising the need to tackle the global threat of climate change. Yet these governments have been hesitant to mention an essential area for overcoming the climate phenomenon: the livestock industry.

There is much rhetoric about the effect of factors like transport and home energy on the environment. Such concerns are justified as transformations in these areas are part of the radical action required to avert climate catastrophe. But there is much less focus on the effect of consuming meat on the planet. This difference is highlighted in a PPOS MORI report which found that twice as many people think transport is a bigger contributor to climate change than meat consumption.

The reality is that the livestock industry produces more greenhouse gas emissions than cars, planes, trains and ships combined.

A conversation about the effect of meat consumption on the planet is also necessary for the public to realise that not all meats are created equal.  Research has shown that beef requires 28 times more land, 6 times more fertilizer and 4 times more water for production compared to pork or chicken. But eating less of any kind of livestock is helpful, and with the vast majority of people eating a variety of meats, it is possible to roughly show the impact if humans slightly reduced all their livestock consumption. Further research has estimated that in the United States of America alone, if the population went meatless for just one day a week, 100 billion gallons of water, 1.5 billion pounds of crops and 70 million gallons of gas would be saved. It seems obvious anyone advocating or enacting climate friendly policies should make concerns about the livestock industry as crucial, if not more so than transport or home energy concerns. So how have governments reacted?

Last year, the Irish government belatedly launched their Climate Action Plan. Unlike areas like transport and home energy which contained concrete proposals such as carbon taxes and retrofitting houses respectively, the livestock industry contained far vaguer promises. These include ensuring the Common Agricultural Policy from 2020-2027 is climate friendly without stating what this would mean, including climate protection measures in rural funding without any firm commitments and promising to do more research. While it is true that Ireland’s beef production for example is more climate friendly than most other countries, Ireland still remains one of Europe’s biggest laggards on climate action, with the livestock industry being one of the focal reasons. This will not change without concrete action, something the climate action plan does not deliver.

But Ireland is not an exception. In the recent election in the United Kingdom, neither of the two main parties mentioned the effect of the livestock industry on climate change, this is despite the Labour Party making a green industrial revolution one of the central components of their campaign. In European countries all across the continent, countries have not addressed the issue. And probably most crucially, the two biggest emitters China and the United States have not tackled this issue either. Neither is a surprise, as China’s record on animal welfare is very poor (as has been brought to light in the Covid 19 pandemic) and as I mentioned before, the current president in the United States does not even acknowledge the existence of climate change.

The asymmetry between the threat and the response seems clear. Why is this the case?

The Reasons for Inaction

Meat has become such a fundamental part of the lifestyle in countries that action in relation to it is met with trepidation. Research done by the thinktank Chatham House has shown that governments and campaigners do not tackle the issue due to a fear of consumer backlash.

Examples exist to support this. About a year and a half before his generally laudable leadership during the covid19 pandemic, Leo Varadkar caused a stir by stating he was attempting to consume less meat for both health and environmental reasons. After a significant backlash from TD’S, groups and consumers, he quickly walked back these remarks and reaffirmed his support for the livestock sector. It seems likely this experience influenced the lack of bold action in the Climate Action Plan in relation to the harmful environmental effects of meat consumption.

A similar event was seen in Germany. The Social Democratic Party, who are the junior coalition partner in Germany’s government, has voiced concerns about the effect that meat consumption has had on the environment, as well as on animal welfare in general. As in Ireland, the response was swift, with many groups and consumers voicing strong disapproval, and the vast majority of Christian Democratic Union (the majority party in government) politicians coming out in support of the livestock industry.

Of course, aside from the ingrained lifestyles of consumers, there is also genuine and understandable concern about the jobs of those working in the livestock sector. But the severely damaging impact the sector has on the environment remains. What can be done about this?

One option is to apply a specific meat tax on all purchases, or include meat purchases in what is included in the carbon tax, and apply a specific rate for it since the buying of meat cannot be measured in the same way as things like natural gas or solid fuels. This would have the benefit in Ireland of treating the livestock industry the same way as transport by applying taxes on purchases related to it, ending the current harmful asymmetry that exists. To avert any possible job loss in the sector, the government could provide further subsidies to the sector, thus encouraging less meat consumption without financial loss for workers. These subsidies could also be used to quicken the pace of the transformation that is needed in the agricultural sector away from meat consumption. Such an approach is more environmentally friendly now and in the future without punishing those who are simply trying to provide for themselves and their families.

A different or possibly complementary approach is to advocate for the greater consumption of the growing number of lab grown meats that are becoming available. While a meat tax attempts to change behaviour through financial burden, this approach requires overcoming the ingrained lifestyles I mentioned above by convincing consumers there is little difference between lab grown meats and real meat. As the number of lab grown meats continue to increase, there is hope they could mitigate some of the environmental harm done by the livestock industry. Governments can play a role in bringing their existence to the attention of consumers.

The general point is that the conversation around climate change needs to change. It is not just about moving to electric cars and retrofitting homes, reforming the livestock industry is necessary. Without doing so, climate change cannot be countered, and any governmental action is not truly effective.

Climate change has already displaced thousands of individuals. It is no surprise that the coming decades could see a vast increase in […] 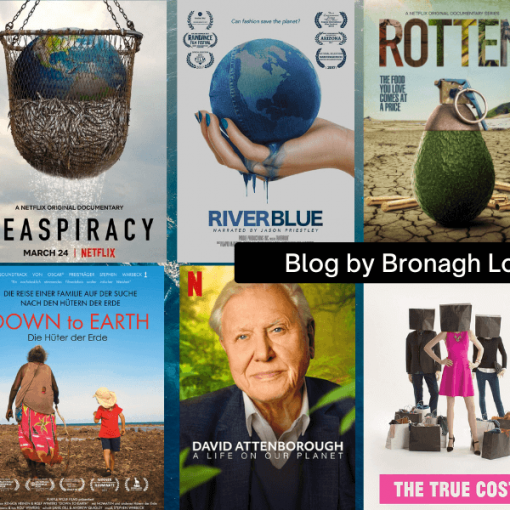 Over the last number of years, tonnes of ground-breaking documentaries have been released to teach us about how to look after our […]