On the last UN Refugee Day – 20th June – UNHCR presented a new, dramatic picture of the phenomenon of forcibly displaced people from across the world. According to the UN refugee agency, the people forced to flee due to wars, natural disasters, dictatorships, persecutions or poverty in 2018, topped 70.8 million. Previously historians were consistent in their belief that the record hit during and soon after the second world war – 50 million displaced, including those deported – would never be passed as something similar could have happened only in the black hole period of humankind history. Unfortunately, over the last 6 or 7 years, this conviction has faded gradually away.

In the time you spent reading this article, just about 30 seconds, another 12 people have been forced to leave their home. By this time tomorrow people on the move will be 37,000. More than half of this variegated people, fleeing from all the corners of the world, are children (51%) a significant part of whom – at least 300,000 (but very probably many more) are travelling in the midst of conflicts, disasters, deserts or seas, lead by traffickers, alone. It’s been calculated that the unaccompanied or separated minors registered in 80 states between 2015 and 2016 have nearly tripled from the 2010 figure of 66,000.

The number one country in the world as for ‘exporting’ refugees is undoubtedly Syria: nearly 6.7 million people have left their homes searching for a shelter sometimes in other parts of the country and sometimes outside Syria. The primary destination is Lebanon, a small country with a 2012 population of 4.5 million people. This population has increased significantly over the last years mainly due to the arrival of more than 1.5 million migrants from Syria and Iraq. Other countries with a significant refugee problem include Afghanistan (2.7 million), South Sudan (2.3 million), Myanmar (1.1 million) and Somalia (0.9 million).

For these top 5 countries war, dictatorships, poverty and political instability are the primary reasons behind the forced exoduses. However, over the last few years, the refugee problem has been significantly exacerbated by natural disasters that with increasing frequency are striking huge areas of the world and are generating what the experts call climate-refugees.

These “natural” factors (though are often all but natural) include the famines that have hit the area around the Horn of Africa, Sub-Saharian Africa and Minor Asia; the cyclical river and sea floods; pollution.

But, once the refugees have left their homes, where do they go? In which continent and countries do nearly 71 million people find shelter?

As the ‘2018 Global Trends’ report issued by UNHCR last June 20th shows; the overwhelming majority of refugees tend to stay in the same areas that they flee from. For as simple a reason as is obvious: if you leave from your home, you hope to come back as soon as possible. Also, people tend to prefer areas where the same or similar language is spoken, where similar cultures, religions and traditions are practiced and, needless to say, the closer the proximity to home the less the cost of the travel.

The top ten welcoming countries sees Turkey in first place (3.7 million people taken in), as a result of the accord with EU of 2016: 6 billion euros in exchange for stopping people fleeing from Syria, Iraq and Minor Asia and preventing them from coming to Europe. Next up is Pakistan (1.4 million) followed by Uganda (1.2 million) Sudan (1.1 million) and Lebanon (1.1million).

It is totally inappropriate, therefore, to speak of a refugee invasion of the EU. With 500 million people living in EU countries, we have taken in between 2 and 3 million forced migrants, less than Turkey alone and not much more than Lebanon a country as big as Cyprus. In proportion, not even 1% of the entire population. Only 6% of that universal Diaspora lands to Europe. The remaining refugees have to stay in countries that have huge internal questions to tackle, such as wars, poverty, famine, dictatorships and a lack of basic human rights.

The number of the arrival by sea or land has dramatically declined mainly due to the accords EU/Turkey and Italy/Libya. Over the last 3 years, the number has reduced to 121,755 migrants in 2018 from over 1 million in 2016.

No one wants to trivialize or minimize the problem. 121,000 more people have arrived in Europe in the last year after hellish journeys. Nearly 3 million asylum seekers are seeking help, a solution. These are serious challenges that need to be tackled. On the contrary, the main intention of this article is to foster a healthy debate, that steams from real data and examines the problem scientifically without yielding to hysteria or simplistic analysis.

Hopefully, a deepened knowledge of phenomena, of their origins as well as their protagonists, may benefit all, not only those searching for a shelter.

Luca Attanasio is a journalist, teacher and human rights supporter based in Rome, Italy. Luca has extensive experience of the refugee crisis in Europe.   He is the author of a number of books among which “Se questa è una donna “ Robin Edizioni, 2014, a collection of real stories of women victims of torture that got the refugee status in Italy and  “Il Bagaglio”, an essay on the phenomenon of the unaccompanied minor migrants 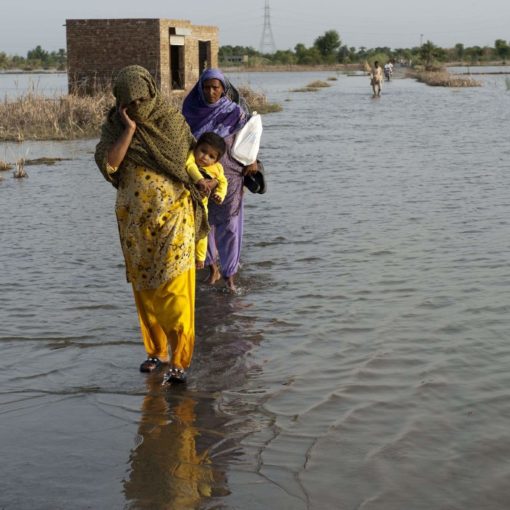 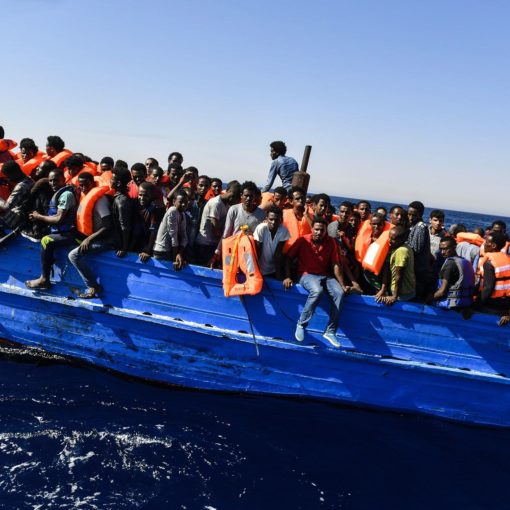 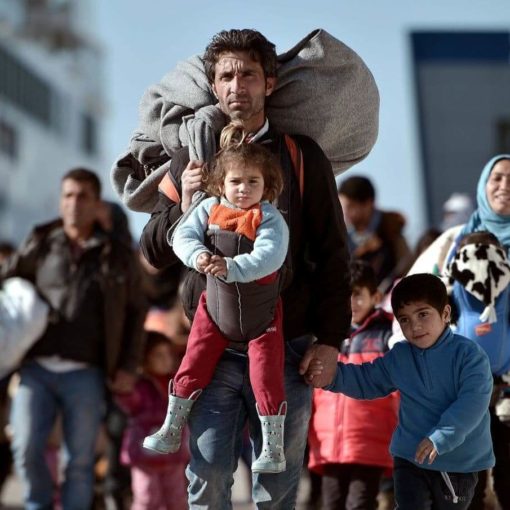 Syrian refugees try the hard balancing act of trying to survive amidst the civil war stricken country and worrying about Covid-19.