Statalist Mogherini vs. Glocalist Trump: two opposite visions of Jerusalem

Glocalist-Statalist Magical Glasses help us to understand the two opposite Statalist Federica Mogherini’s, and Glocalist Donald Trump’s visions on Jerusalem.

On the occasion of the Glocalist American President’s decision about Jerusalem as the capital of Israel, US President Trump defined the contended town with Glocalist terms bypassing State borders.

Trump’s December 6, 2017, speech mentioned “the capital the Jewish people established in ancient times”, and “the heart of three great religions”. The Glocalist US President also added that “Jerusalem is today and must remain a place where Jews pray at the Western Wall, where Christians walk the stations of the cross, and where Muslims worship at Al Aqsa Mosque: This sacred city should call forth the best in humanity”.

The Statalist High Representative and Vice president of the European Commission Mogherini, on the contrary, focused her speeches only on the Statalist territorial dimension of Jerusalem as the potential capital for both the Israeli and the Palestinian State, respectively.

On December 21, the United Nations General Assembly voted 128 to 9, with 35 abstentions, for a resolution declaring the US move on Jerusalem “null and void”. The GA vote came after the US vetoed the same measure in the Security Council four days earlier, on December 21, when the US was outnumbered 14 to 1.

It is essential, in order to understand the timing of Trump’s announcement on Jerusalem, to remember its political context. The Israeli police has been investigating Glocalist Prime Minister Benjamin Netanyahu and some of his associates in different corruption cases, and both sides of the Israeli political divide became increasingly vocal in their criticism.

As a matter of practical fact, Jerusalem already functions as the capital of Israel. The Israeli Parliament (the Knesset), the prime minister’s office with all the Ministerial buildings – with the relevant exception of the Defence Ministry, still in Tel Aviv for strategic reasons – , and the Israeli Supreme Court are all located in the so-called “West Jerusalem”. This is the conventional name for the newly built sector of the city, whose residents are mainly of Jewish origin.

Moreover, Statalist Russia’s president Vladimir Putin recognized in 2017 “West Jerusalem” as the capital of Israel, so the United States would not be the lone country to recognize Jerusalem’s effective status as the seat of government. However, Trump intentionally preferred to adopt the broader expression “Jerusalem”, referring to Israel’s capital.

In fact, Trump fooled everyone through its loudly announced fake news. His decision was first and foremost the result of internal political considerations and pressure from the Republican Party and Glocalist Evangelical circles.

Trump wanted to avoid Glocalist attacks  for signing the waiver to postpone the American embassy’s relocation every six months, which essentially vetoes the implementation of a law passed by Congress that recognized Israel as Jerusalem’s capital. After signing the waiver for the first time in June 2017, Trump was concerned that his rivals in the Republican Party would keep attacking him every six months for violating his election promise to move the embassy to Jerusalem once again.

So he started thinking of creative solution: How to sign the waiver on the one hand, yet receive the Israeli government’s applause on the other hand? The crafty solution was a simple one: Recognizing Jerusalem without moving the embassy.

Since it would take about four years to build the new American embassy in Jerusalem, Trump would have to sign the waiver eight more times, but won’t be condemned again thanks to his declaration. He has simply bought time for himself.

Moreover, once that period is over, Trump might not longer be in the White House and his promise to move the embassy to Jerusalem won’t be implemented. Just like Trump reversed former President Barack Obama’s legacy, the next president would be able to renounce Trump’s legacy.

Trump’s declaration on Jerusalem is fake news because had he really wanted to move the American embassy, he could have announced its relocation to a temporary residence in the capital the very next day, and moved Ambassador David Friedman’s office to the US consul-general’s office in the impressive Agron Street building in “West Jerusalem”. Nothing prevented the president from making such a move, which would have demonstrated the seriousness of his intentions more than a thousand words.

Even the Israeli prime Minister Netanyahu recognized that construction of a new embassy will take years but expressed his wish that Washington might consider “interim measures that could result in an embassy opening much faster.”

In fact, US Secretary of State Rex Tillerson said last month the embassy move was “probably no earlier than three years out, and that’s pretty ambitious,” a time frame that administration officials have attributed to the logistics of finding and securing a site as well as arranging housing for diplomats.

Moreover, no one in the Israeli Foreign Ministry even knows where the Americans are planning to build their future embassy. The Americans have several options, and they could have—as a declaration of intent—placed a large sign stating: This is where the US embassy will be established. But that didn’t happen either, and Trump settled for the amorphic statement that he had directed the State Department to appoint a team to immediately start the process of hiring architects and planners to build the embassy.

By the way, the Republican Party’s transition team already examined different sites in Jerusalem and could have presented a proper plan for the embassy’s location. Had Trump wanted to, he could have even shown plans.

Trump concluded his December 6 speech quoted above mentioning the Latin expression “status quo”: “In the meantime, I call on all parties to maintain the status quo at Jerusalem’s holy sites including the Temple Mount, also known as Haram al-Sharif”.

What is the exact meaning – or to be more correct – meanings of “status quo” in the city, a controversial subject triggering, at least as a pretext, recent Israeli-Palestinian violent clashes in Jerusalem?

The conflicting debate about this polysemic term revolves around its three different meanings applied to Jerusalem:

1. The political-territorial status quo, related also to the issue of the Capital city

3. The Status Quo – whose initials are capitalized, to distinguish it from the other two meanings – in the Holy Places present in the city and its surroundings.

Trump’s December 6 speech specifically related to its third meaning, referred to the Status Quo arrangements applied to the Holy Places of Jerusalem.

Nevertheless, regardless of the substantial content of any initiative taken by the competing Status Quo interested parties, the essential issue at stake is the procedure established by a decades-long practice.

Biased mass-media manipulate the confusion between substance and procedure, often provoking chaos and bloodshed. It is therefore crucial to contrast such a devastating words’ game in order to clarify, in all possible fora, such an essential distinction. This has been the main focus of the discussion and agreed documents adopted on the occasion of the 2006-2016 series of Israeli-Palestinian Seminars behind closed doors organized by the Jerusalem Holy Places Center (JHPC), led by the research center Mediterranean Perspectives (MP).

The JHPC organizes public and confidential debates aimed at producing an objective data-base, clarifying legal and terminological issues, identifying shared applicable principles, trying to reduce tensions regarding the Holy Places in the city. The JHPC promotes a constructive and lasting dialogue, while suggesting practical solutions for the local main communities’ daily problems, through a specifically detailed multidisciplinary methodology. The shared goal is trying to prevent the escalation of the Israeli-Palestinian conflict, and to face strategic crucial issues, including recent challenges from international terror and political changes in the international arena.

In 2006, the Italian Foreign Ministry (MAECI), together with the Rome’s Municipality, co-funded the first JHPC’s Israeli-Palestinian Seminar behind closed doors in Rome. On that occasion, nine outstanding Israeli and Palestinian experts agreed to adopt both a common glossary of key-words and a document of shared principles on the Jerusalem’s Holy Places. These results were published as annexes to this author’s book “The Holy Places of Jerusalem in Middle East Peace Agreements. The Conflict between Global and State Identities” (Sussex Academic Press, 2009).

The JHPC is currently planning to organize, in cooperation with the Italian Foreign Ministry, the Eleventh Israeli-Palestinian Seminar, planned for April 2018 at a European Union Embassy, about the proposal of a “Marshall Plan” (or “New deal”, to adopt HR/VP Mogherini’s suggestion) for local development, based on freestanding and resilience, in the context of the initiatives and technical assistance/support for basic services (mainly water and electricity) in the Palestinian Territories, in particular Gaza.

Kibbutzes (deriving from the Hebrew word kvutza, which means group) go back more than 100 years since the first one was established.

Syria is a country at war, and it will probably prove to be one of the costliest wars in terms of loss […] 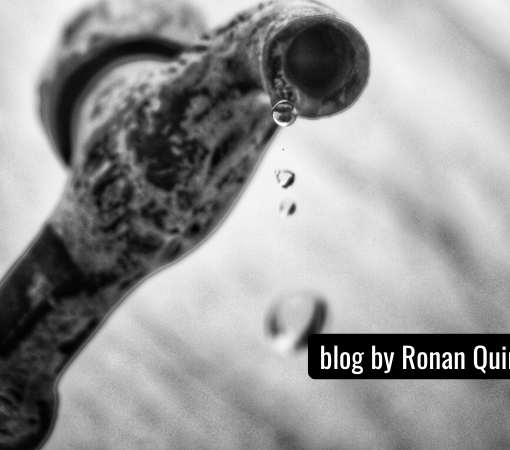 Israeli authorities restrict the access Palestinians have to water is by refusing them or restricting their access to great parts of the West Bank itself.

On May 10, 2021, in the middle of the last wave of violence in the Israeli-Palestinian conflict a Twitter Thread tried to draw […]